Skiing and snowboarding are two of the greatest winter sports on the planet, and like anything else in this world the two sports have certain terms and jargon that can be confusing without a bit of definition.

Below you will find a number of terms/phrases used in the skiing and snowboarding bubble. We have provided a brief definition to help you understand them… Now commit them to memory, use them wisely and join your fellow shredders, jibbers and magic carpet riders! 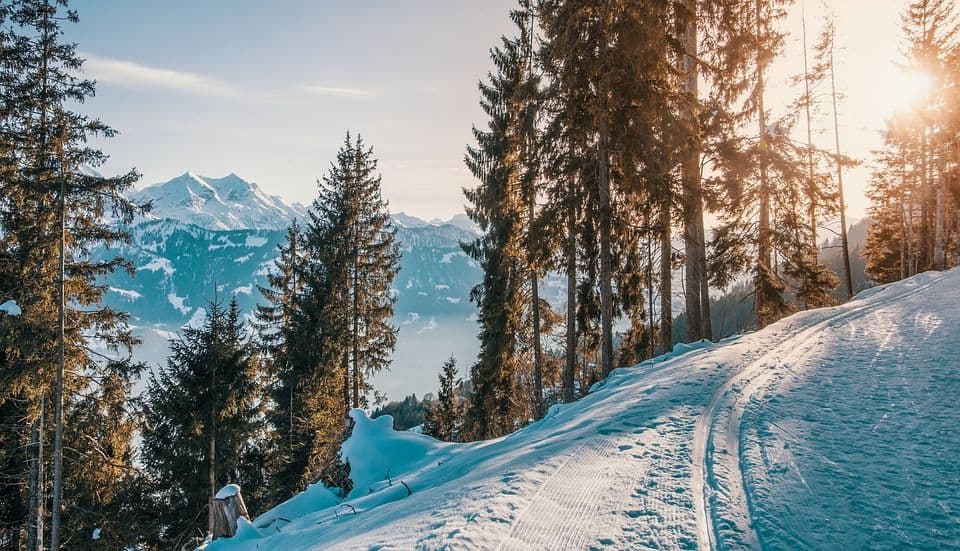 Après-Ski: The day’s over – time for drinks.  When the lifts close for the evening many people see this as an opportunity to head to the local bar for a tipple.

Backcountry: Otherwise known as off piste – often the most memorable days spent skiing are in the backcountry – Away from the pisted motorways and floods of people. This is skiing and snowboarding at your own risk, thus the backcountry is a place for knowledgeable experts only.

Base: Quite often refers to the base station on the mountain- the ‘main gathering area’ at the bottom of the ski resort where the lowest chair lifts start.

Bomber: Slang term for a skier or snowboarder flying down a slope in an out of control fashion. Think your sporty friend who is good at everything and skiing in his first week, determined to be as good as you.

Bros: Our fellow rippers and shredders (terminology given further down), basically mountain people who are just out for fun, rather than doing big hucks (stunts) for big bucks like some of the Pros.

Bumps: The term used by novices for anything and everything they encounter such as moguls plus what they have all over their body at the end of the week.

Carving: A series of clean turns using the edges of skis or a snowboard. Carving turns can vary from tight turns to giant “S” shaped swoops. If you are a piste skier, this is the art form you want to achieve… The holy grail.

Chatter: The vibration of skis or snowboards caused by traveling at high speeds. Excessive chatter reduces contact between the ski and the snow and the ability to stay in total control. Also used for when you gatecrash a mother meeting on the chair lift

Crust: Refers to a frozen layer either covering softer snow or buried under a fresh dusting of snow.

Death Cookies: Slang term for the cookie-sized chunks of ice formed by grooming and snowmaking; a plague at resorts when it is really cold.

Dump: Slang term for an epic snowfall of fresh powder; A t-shirt with the staple slogan, “I love big dumps” can be found in many ski tourist towns… We hear that!

Edge: The sharpened metal strip on the sides of skis and snowboards, used for gaining control by biting into the snow for smoother carving and cutting. Holding an edge is a key to a good turn.

First Tracks: Cutting through fresh snow before anyone else does, leaving behind your trail for all else to see. If achieved expect a smile from ear to ear but remember to quickly take a picture!

Freerider: One who prefers to ski steep off-piste, jab through the trees and ride powder bumps. He/she is the backcountry lover who has the best day out of everyone.

Freestyle: A style of skiing or snowboarding primarily focused on tricks. Expect twin tipped skis and the notorious balaclava of the park rat

French Fries: American term for skiing with skis parallel to one another; the opposite of pizza. Why do they always relate things to food!?

Fun Box: A box found in Terrain Parks built to slide (see Jib) across on skis or snowboard. If done wrong you won’t want to call it a fun box ever again… the ‘pain box’ is more suited.

Gnar – A shortened version of the word gnarly, meaning high on the scale of dangerousness and coolness.” While that definition is certainly applicable to the game of G.N.A.R (this will be in the next Blog post) . it is actually an acronym that stands for Gaffney’s Numerical Assessment of Radness. G.N.A.R. is also the bonus chapter in Robb Gaffney’s book, Squallywood, and was created by Shane McConkey

Grooming: The most common form of trail maintenance, done to spread new snow and to smooth over bumps, icy patches and other obstacles. To groom, tractors known as Snowcats or piste bashers drag giant rakes over the snow; on steeper slopes, winches are used to drag rakes up the incline.

Jib: Riding a snowboard or skis across on a non-snow surface, be it a rail, fun box, or even fallen log. Jibbers are a new phenomenon which like to use everything and anything as their playground.

Kicker: A purpose built jump to try out those tricks that you have been seeing the youngens’ do on those awesome videos.

Liftie: A slang term for a ski lift operator. If you want some free local knowledge, these guys have the ear to the ground

Line: The proposed route down the mountain ‘check out that line through the trees’

Magic Carpet: Like Ronsil, it does exactly what it says on the tin… just no flying. A conveyor-belt like surface lift. Typically found only on smaller, bunny slopes where younger kids learn to ski and snowboard.

Park Rat: A Snow Park junkie who refrains from exploring or leaving the confines of his playground

Pow (Pow-Pow): Light, dry, fluffy snow referred to normally as powder. You can eat this all day long and never get full.

Rail: A bar, typically metal, built to be slid up by skiers and snowboarders. Almost exclusively found in a Snow Park and can provide a bit of comedy when novices attempt them.

Ripper: An accomplished skier who skis even when he is dreaming. They ‘rip’ up the terrain like nobody’s business.

Schussing: Skiing straight downhill without turning. Normally done when a slope flattens out but also attempted anywhere by university trips to get ‘gnar’ points

Scissoring: Crossing one’s ski tips, with edge-to-edge contact which can cause quite a kafuffle.

Shredder: An accomplished snowboarder who like the ripper knows exactly what they are doing.

Six-pack: Slang term for a chair lift carrying six people. Have you had one?

Ski Bum: Someone who has discovered the best alternative to working.

Snowplough: A beginner’s technique for slowing down on skis. Done by bringing the front tips of a pair of skis together, pushing the tails apart, and applying pressure on the skis’ inside edges. Also called pizza (Americanisation at its finest)

Stomp: This term is used when you land a trick. For example you would say, “He just stomped that landing.”

Tracked Out: Slang term for a slope of once fresh snow that has been ridden over repeatedly and boy are you sad.

Traverse: Skiing across a slope, often in a zigzag pattern, as opposed to straight down; typically done to keep speeds down on steep surface or to cut across a mountain to get to a fresh line of pow pow.

Twin Tip: Skis where both the tail and tip are turned up at the end, enabling a skier to ski backwards with ease. Originally popular only with freestyle skiers, as the twin tip shape allows for reverse (known as fakie or switch) take-offs and landings off jumps. Modern advancements, however, have seen twin tip shapes appear more often in big mountain skis, as they shape handles smoothly in powder conditions.

Waist Deep: Measurement taken when there is just too much powder (is there ever too much?)

White Out: When visibility drops to almost nothing; caused by heavy snowfall, fog, or a combination of the two. On these days you should head to the trees.

Wipe Out: A pretty un-poetic and painful fall

Made with ❤ by TMS

We use cookies on our website to give you the most relevant experience by remembering your preferences and repeat visits. By clicking “Accept All”, you consent to the use of ALL the cookies. However, you may visit "Cookie Settings" to provide a controlled consent.
Cookie SettingsAccept All
Manage consent

This website uses cookies to improve your experience while you navigate through the website. Out of these, the cookies that are categorized as necessary are stored on your browser as they are essential for the working of basic functionalities of the website. We also use third-party cookies that help us analyze and understand how you use this website. These cookies will be stored in your browser only with your consent. You also have the option to opt-out of these cookies. But opting out of some of these cookies may affect your browsing experience.
Necessary Always Enabled
Necessary cookies are absolutely essential for the website to function properly. These cookies ensure basic functionalities and security features of the website, anonymously.
Functional
Functional cookies help to perform certain functionalities like sharing the content of the website on social media platforms, collect feedbacks, and other third-party features.
Performance
Performance cookies are used to understand and analyze the key performance indexes of the website which helps in delivering a better user experience for the visitors.
Analytics
Analytical cookies are used to understand how visitors interact with the website. These cookies help provide information on metrics the number of visitors, bounce rate, traffic source, etc.
Advertisement
Advertisement cookies are used to provide visitors with relevant ads and marketing campaigns. These cookies track visitors across websites and collect information to provide customized ads.
Others
Other uncategorized cookies are those that are being analyzed and have not been classified into a category as yet.
SAVE & ACCEPT
Powered by